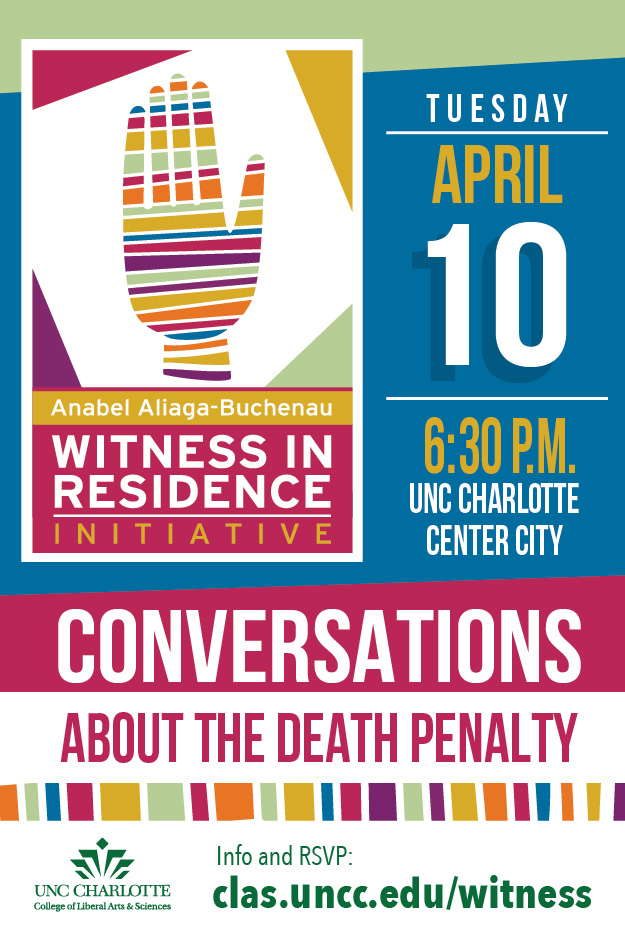 Conversations About the Death Penalty

Hill led a thought-provoking community discussion about how society should respond to egregious acts of violence. He discussed the death penalty in its historical context in North Carolina and the US and in the context of his personal experiences and those of the clients he has represented, the witnesses, victim families, jurors and other community stakeholders. The community conversation was held on Tuesday, April 10, at UNC Charlotte Center City.

The Aliaga-Buchenau Witness in Residence Initiative seeks to encourage conversations about issues pertaining to human rights and social justice in the US and globally. The 2018 Witness in Residence program focused on the death penalty. Previous initiatives have focused on life in Communist East Berlin before the fall of the Berlin Wall and on Syrian refugees in the U.S.

Hill, a former criminal defense and civil rights attorney with Ferguson Stein Chambers in Charlotte, also is the founder and first director of the Center for Death Penalty Litigation in Durham. He has been an advocate for defendants facing the death penalty, especially those who are indigent, in North Carolina and across the U.S. He has won life sentences rather than the death penalty for some of his clients and has represented clients on appeals after conviction. He also has worked with families of some who were executed.

Hill was joined by Elizabeth Hambourger of Raleigh, staff attorney for the Center for Death Penalty Litigation. Prior to joining the center, she was a staff attorney at North Carolina Prisoner Legal Services.

In addition to the public lecture, Hill and Hambourger joined host Mike Collins on WFAE's Charlotte Talks for a discussion about the turning tide against the death penalty. UNC Charlotte students, faculty and staff also attended a conversation on the death penalty with Hill on Monday, April 9, in Rowe Hall, Room 130.