Read about the council and its leadership 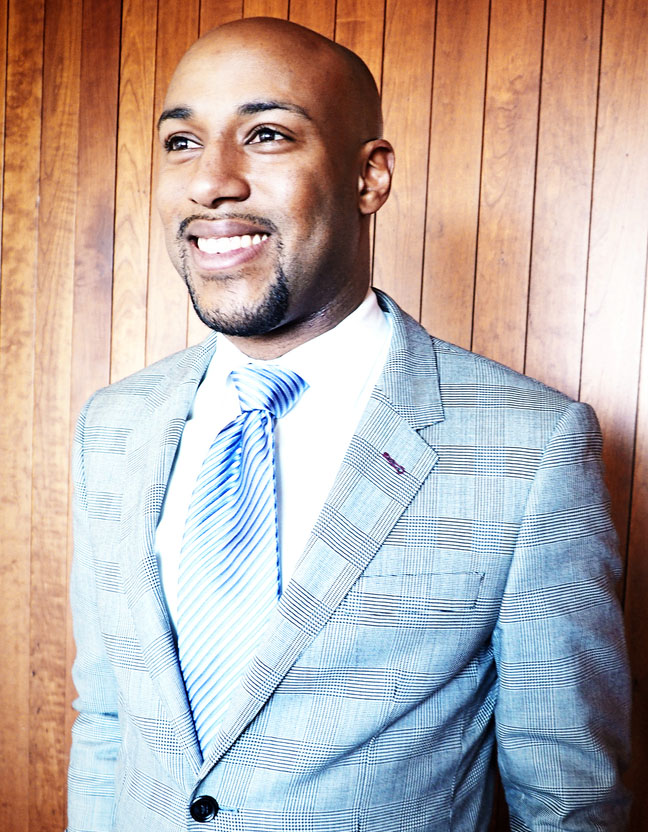 Cameron French, '06 is a Senior Vice President and Chief of Staff who marries corporate accountability with a savviness about public service to provide high-level counsel and execution as a communications consultant. He has held positions with a global public relations firm, within political campaigns and has held leadership positions within the U.S. Congress and across the federal government. Cameron has a track record of success at the highest levels in the most challenging situations. He provides elected officials and senior leaders with strategic guidance and works with local and national media to tell their stories. Cameron was appointed by President Obama to serve in communications capacities at the U.S. Department of Education in 2013 and at the U.S. Department of Housing and Urban Development (HUD) from 2014–16.  While at HUD, he served as the Deputy Assistant Secretary within HUD’s Office of Public Affairs. In this role he was among the agency’s leadership team, directing the day-to-day operations of the press office and providing counsel to Secretary Julián Castro as his chief spokesman.

Cameron is a native of Philadelphia, PA. He received his Bachelor of Science in Political Science from The University of North Carolina at Charlotte. Cameron is a graduate of Leadership Greater Washington’s 2018 Signature Program and The President’s Leadership Workshop, a six-month intensive leadership training program hosted by The White House for senior-level political appointees serving in the federal government. He lives in Washington, DC with his wife and daughter. 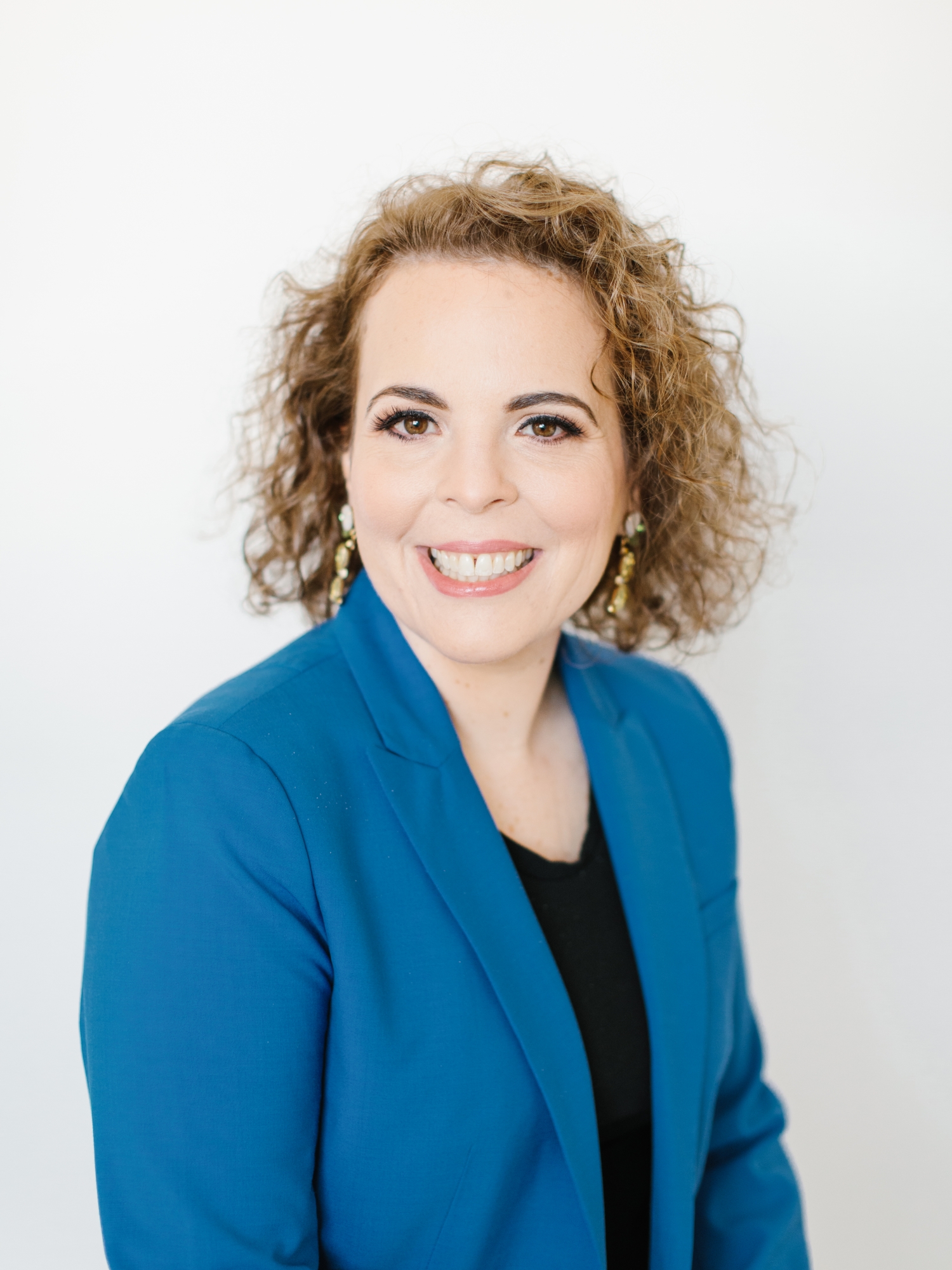 Penelope Karagounis, '02, '04 began her professional career in local government specializing in County and City Planning.  She started out as a Planner for Lancaster County, S.C.  After eight years as a Planner, she was promoted to Planning Director and worked as the Planning Director in Lancaster County for an additional seven years where her focus was on the creation of the Commercial Overlay District, rewriting the Comprehensive Plan and the Unified Development Ordinance, and creating the first Carolina Thread Trail to be established in Lancaster County.  She is now employed with the Town of Fort Mill, SC and serves as the Planning Director, where she will continue to be an advocate for local planning and trails.  Penelope is passionate to give back to UNC Charlotte, since UNC Charlotte and especially the Geography & Earth Sciences Department laid the foundation for her professional career and she wants to be able to be the “connector” to UNC Charlotte alumni for their professional milestones.

Penelope is a native Charlottean. She graduated with a Bachelor of Science degree in Geography with a minor in Urban Studies from UNC Charlotte in 2002 and then again in 2004 with a Master of Arts degree in Geography with a concentration in Urban and Regional Analysis. She was very involved with the Geography and Earth Sciences Department during her undergraduate and graduate degrees.  She was also a member of Gamma Theta Upsilon (GTU), an International Honor Society for Geography, and was awarded the Taylors Award for undergraduate excellence from the Geography and Earth Sciences Department.  Penelope participated in Social Geography presentations at the Southeastern Division of the American Association of Geographers conference and the American Association of Geographers conference. 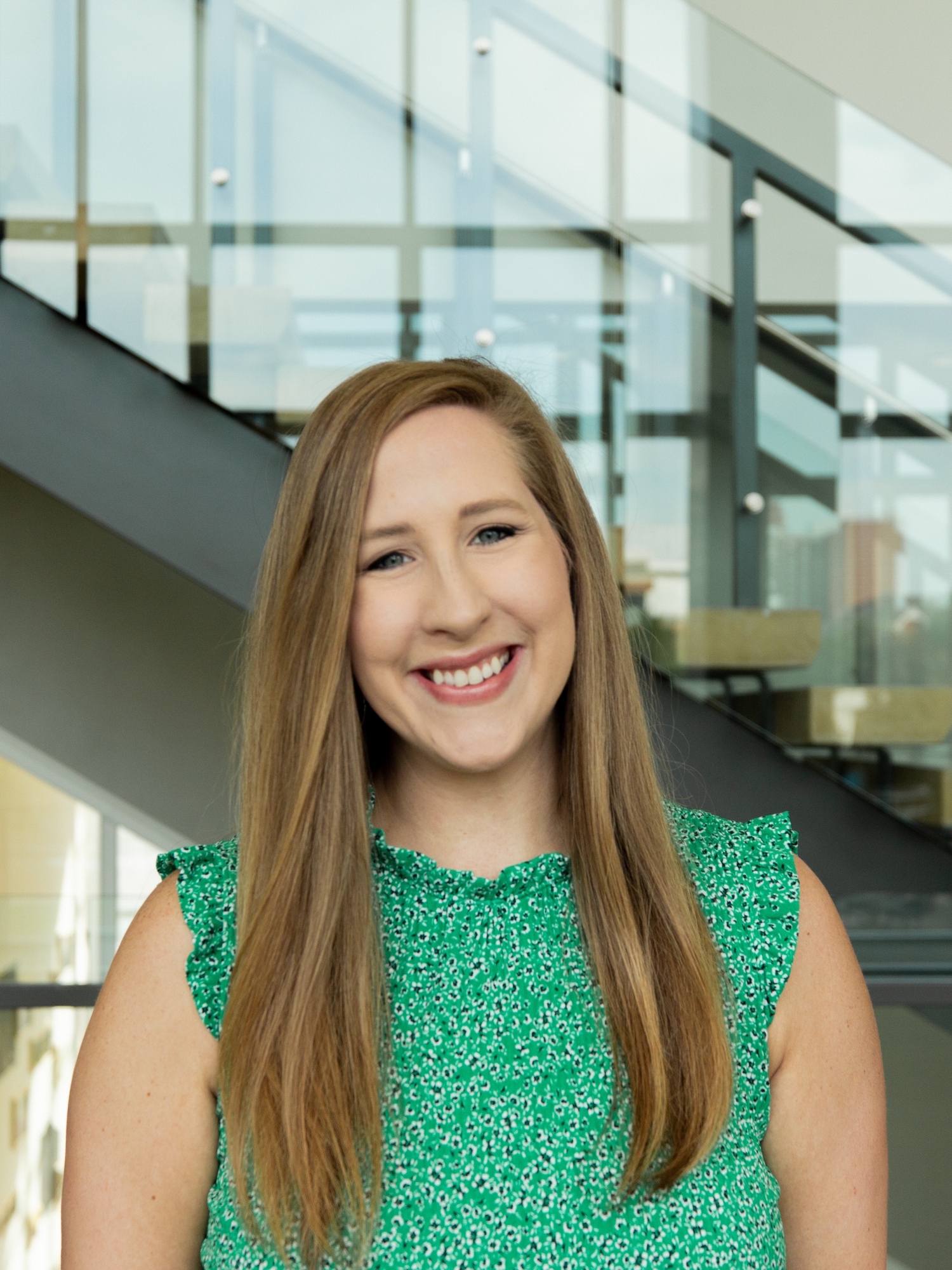 Natalie Huie, '14 graduated with a degree in Communications Studies, with a concentration in Organizational Communication. She is the Assistant Director of Annual Giving for UNC Charlotte and has worked in higher education for over 10 years.

Natalie is a recipient of the Young Alumni Chapter's 10 Under Ten Awards in 2020 and Elevate Lifestyle’s Future Business Leaders of Charlotte 30 Under 30 in 2021. Her passion lies in her volunteer work and building long lasting relationships within the University and Charlotte communities. Natalie loves going to Charlotte football games, tailgates, and spending time with her husband and daughter. 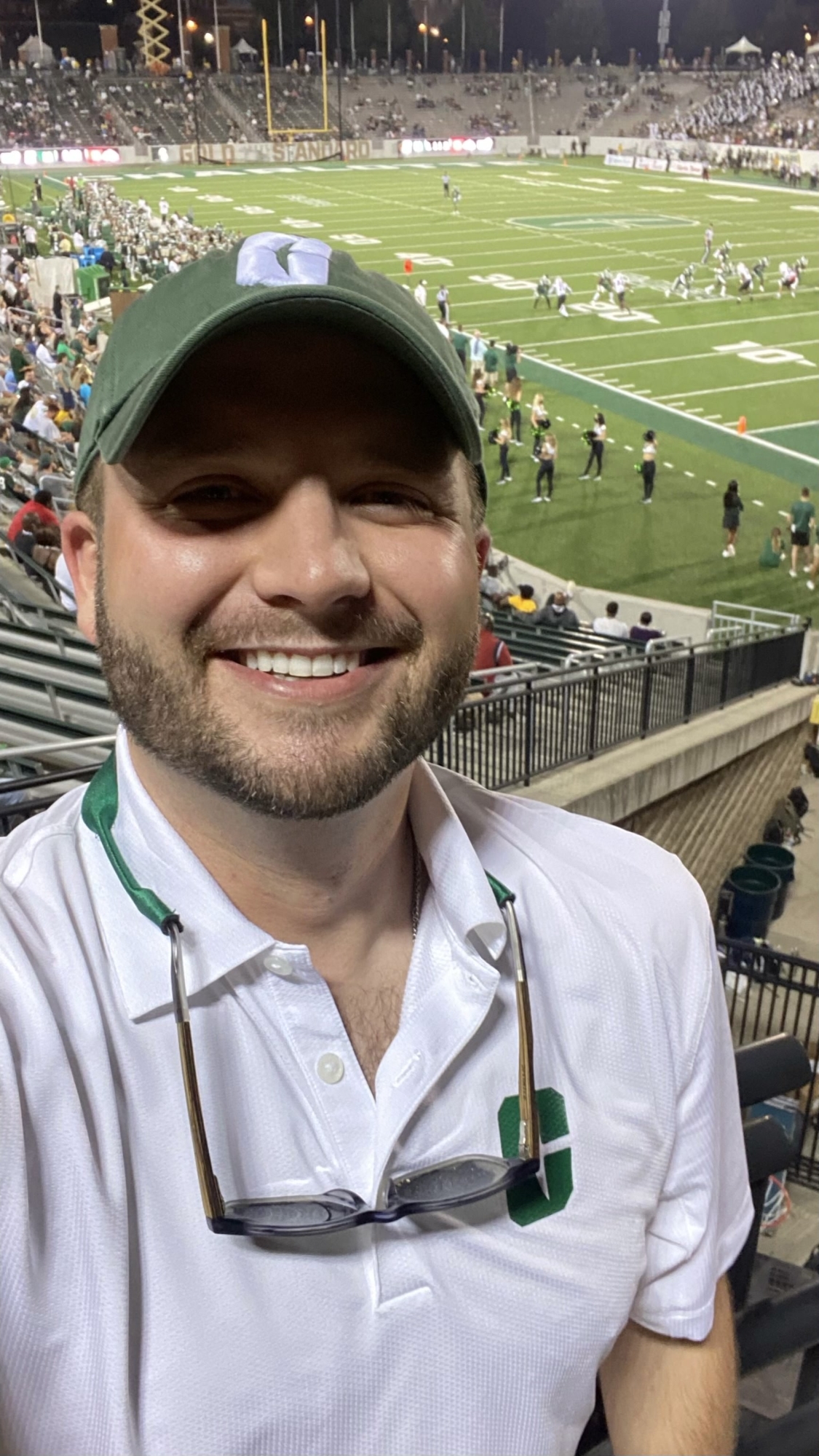 Nathaniel Butler, '16 graduated with a Bachelor of Arts in History at UNC Charlotte. During undergrad, he was extremely active in Student Niner Media and served as Sports Editor of the Niner Times, 2012-14, and Promotions Coordinator, 2015-16. He remained active in local Charlotte politics, campaigning for city council and North Carolina state senate races.

Since graduating, Nathaniel has worked in advertising for the television and print media industries, more recently at the Charlotte Business Journal, before moving to New York City in September 2021. He is an Enterprise Account Manager at adMarketplace and resides in NYC's Upper East Side. Nathaniel is passionate about fighting for equality and making sure everyone has a fair shot. He enjoys exploring NYC neighborhoods, spending time outdoors, journaling, reading and New York Yankees baseball. 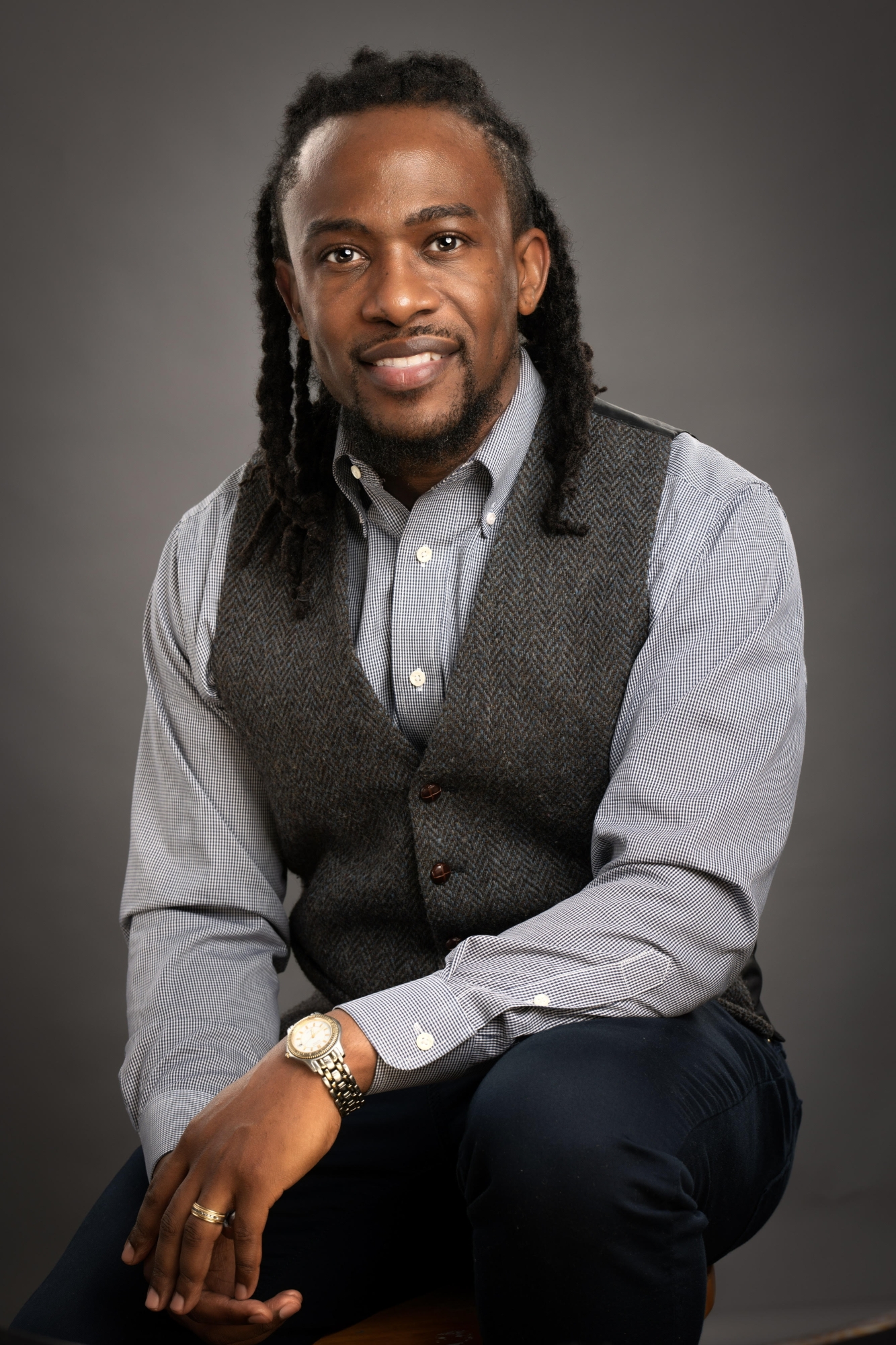 LaDonte’ K. Lee, '07 earned a Bachelor of Arts in History from UNC Charlotte and a Master of Public Administration from Keller Graduate School of Management. LaDonte’ has served in the nonprofit industry for more than fifteen years both locally and abroad. Currently, he is the Cabarrus Community Outreach Manager at Mental Health America of Central Carolinas. He has a sincere commitment and passion for engaging the community, creating strategies, and motivating, and educating youth and young adults toward success, by finding purpose and reaching their goals in life. Lee has taken Audrey Hepburn’s quote and made it his own: “People, even more than things, have to be restored, renewed, revived, reclaimed, and redeemed, never throw out anyone.” LaDonte’ enjoys spending time with his wife, son, and daughter, reading, traveling, strength training, playing basketball, taking short-term mission trips, jogging, and journaling.

Isabelle Powell, '12, '14 graduated with a degree in Communications Studies, Public Relations and completed a graduate certificate program in nonprofit management at UNC Charlotte. She serves as Director of Member and Board Relations for the National Association of Manufacturers (NAM), the largest manufacturing trade association in the United States. Prior to joining the NAM, she spent time as a business relations consultant for the Better Business Bureau—Southern Piedmont. Outside of the CLAS Alumni Council, Isabelle volunteers as a Guardian ad Litem, representing teens and youth in the Mecklenburg County court system. She also serves on the North Carolina Colonial Dames Board of Managers and is immediate past president of the Cannon School Alumni Board. She is a die-hard Carolina Panthers fan and a self-proclaimed Steph Curry fan-girl. She enjoys spending time with her beagle (basset/beagle), Riley. 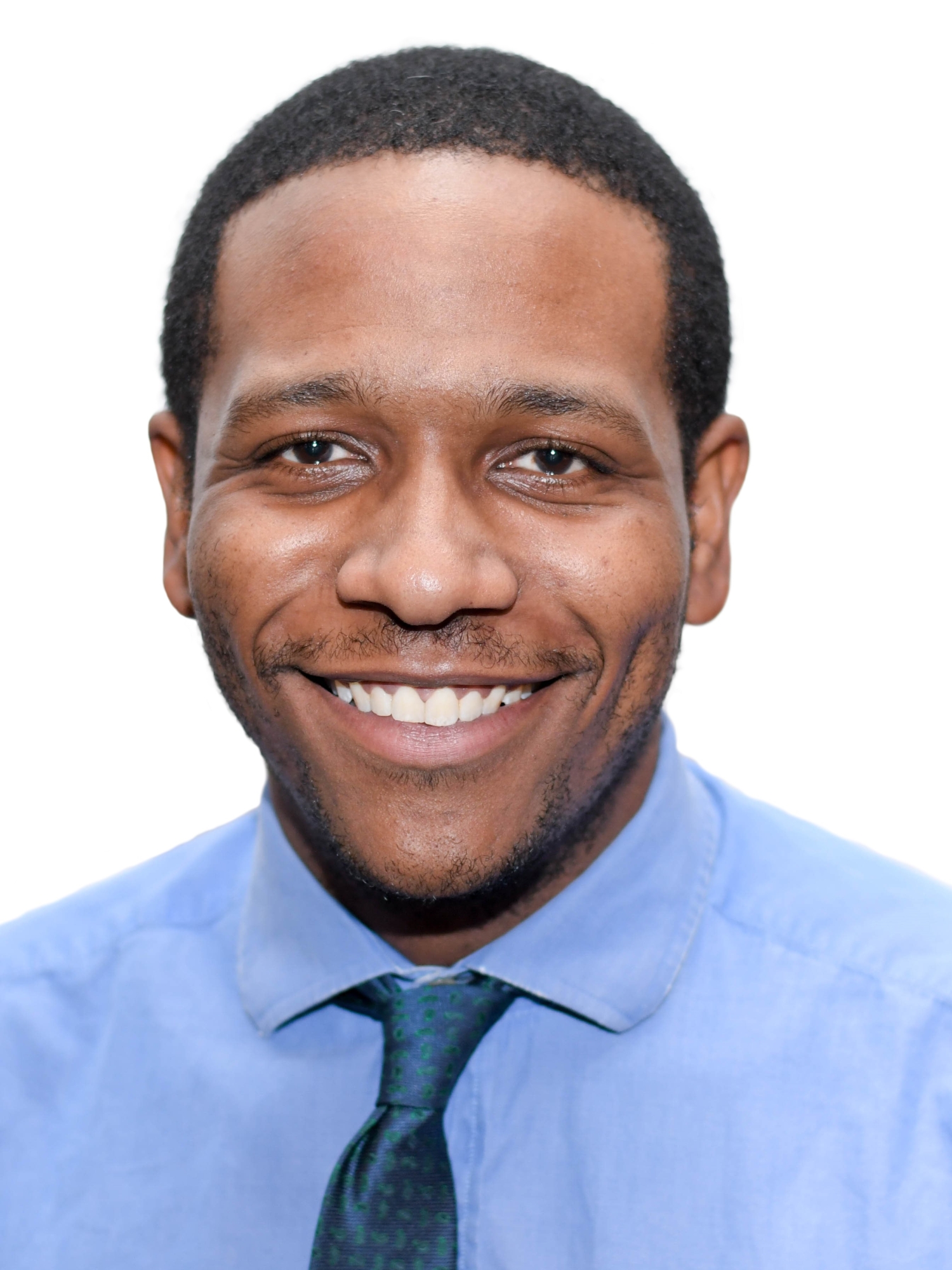 Greg Raynor, '12 graduated with a Bachelor of Arts in Political Science and Communications. Since graduating, Greg has served the Charlotte community as a fundraiser, working in Development with Florence Crittenton Services and Playing for Others, before stepping into his current role as the President of Raynor Fundraising Services, LLC. Greg's passions include music, film, literature, football, television, cooking, and being philanthropic—so basically, he's just like you. His role models include Muhammed Ali and his mother, the latter of whom made him the man that he is today. 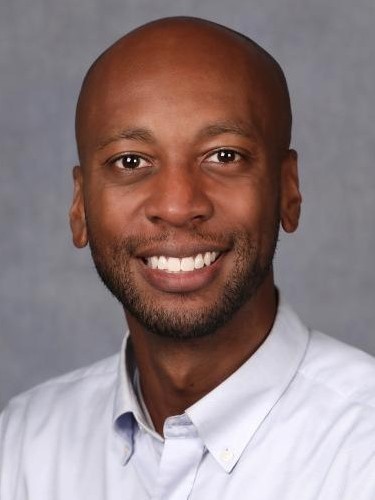 Xavier Hemphill, '13 graduated with a bachelor's degree in Philosophy and a minor in Economics from UNC Charlotte.He then attended Temple Law School before beginning a career in higher education fundraising at Drexel University and, most recently, at Davidson College. Xavier is currently a full-time entrepreneur and licensed NC Realtor®.

Xavier is very invested in giving back to the next generation and educating people on the importance of financial independence and wealth building. Along with serving on the CLAS alumni council, he also supports Charlotte students in the philosophy department. In his free time, Xavier enjoys driving cool cars and riding motorcycles. He’s an avid tennis and Formula 1 fan. Xavier also loves being outdoors, learning new things, and spending time with his family and close friends. 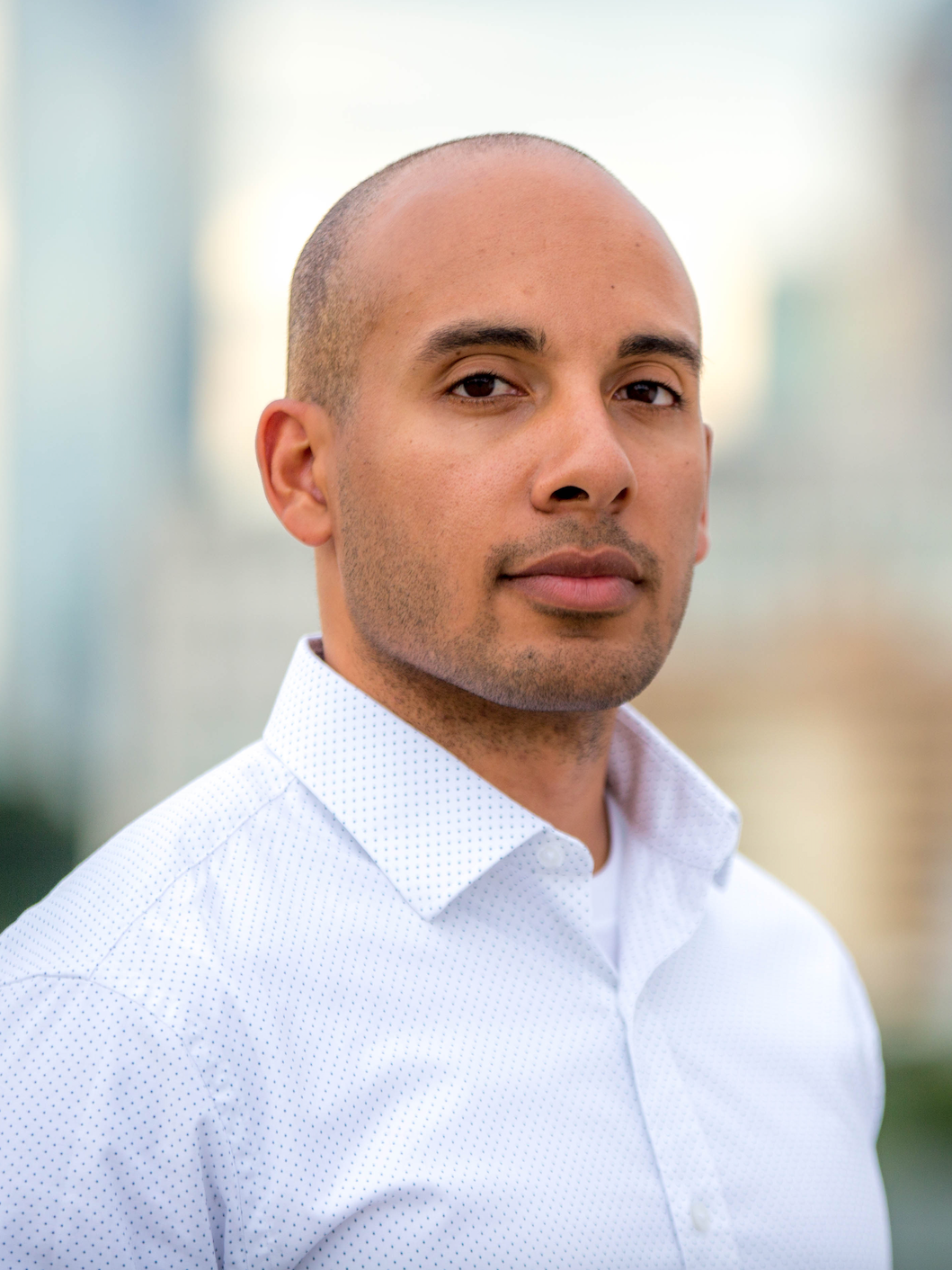 Jonathan Peebles, '16 graduated with a Master of Public Administration from UNC Charlotte. Jonathan currently works as the Development Manager at Local Progress Policy Institute, where he focuses on building and maintaining Local Progress’ fundraising systems and strategies. Before joining Local Progress, Jonathan was the Development Operations Director of the Latin American Coalition for three years, a regional nonprofit serving the Latino and immigrant community in Charlotte, North Carolina. In that role, he amplified fundraising strategy, which led to the organization’s best fundraising year in its thirty-year history.

Outside of professional work, Jonathan is an active community servant. He serves on the board of Charlotte EAST, a nonprofit advocacy board dedicated to supporting the people and places that make East Charlotte great. Jonathan was awarded UNC Charlotte 10 Under Ten Award, which recognizes alumni who stake a claim in their professional careers and community service. Additionally, Jonathan was nominated and selected as a finalist for the City of Charlotte's Housing Neighborhood Services Rookie of the Year award for young leaders under 35 who bring passion and a fierce commitment to organizing and activism in Charlotte. Jonathan is a native of Virginia but has called North Carolina home for over ten years. He received his Bachelor of Science from Old Dominion University in Norfolk, Virginia. He currently lives in Charlotte with his wife and two dogs. 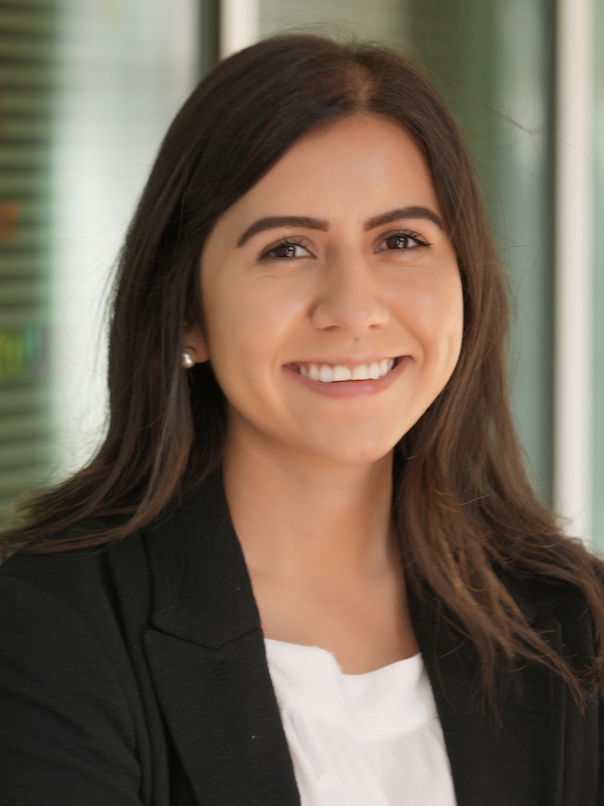 Victoria Torres, '22 graduated with a Bachelor of Arts in Communication Studies and a Bachelor of Science in Business Administration in Marketing Analytics from UNC Charlotte. While at UNC Charlotte, she was involved in various student organizations, including Women In Business and the American Marketing Association, where she served as the Vice President. She also interned on campus as a Marketing & Communications Assistant. She currently works as a Marketing Specialist for Best Buy, where she interned previously. 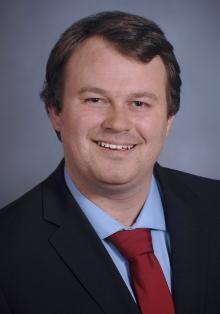 Dick is passionate about giving back to communities that have had an impact on him. In addition to serving on the CLAS Alumni Council, Dick also serves as a board member for the Young Alumni Chapter and helps advise the Wake Forest Chapter of Pi Kappa Phi. In his free time, you can likely find Dick trying a new food place, watching a movie, reading a book, crying over the Carolina Panthers, cheering on Charlotte athletics, checking out a comedy show, playing a round of golf, traveling to a new country, or in the law library frantically studying for class.